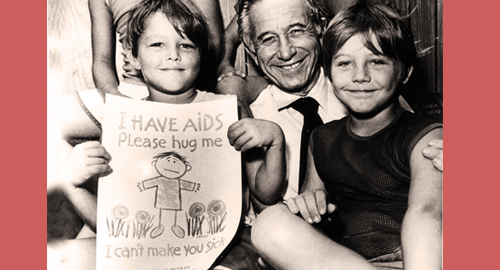 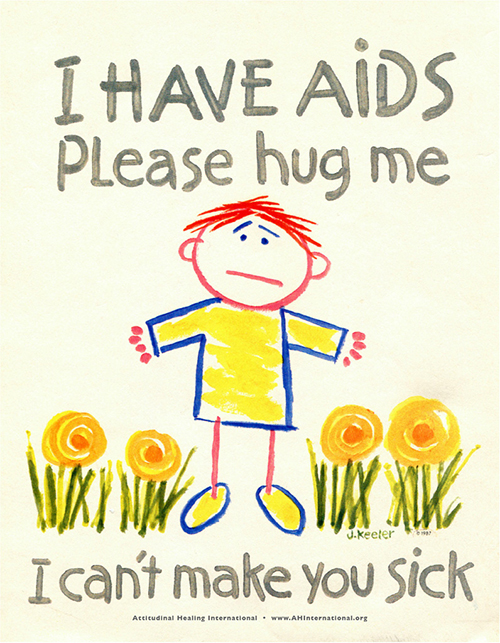 Since its beginning in 1975, the members of the Attitudinal Healing International community have provided trainings and workshops in 55+ countries to thousands of adults, adolescents, and children facing life-threatening illness, conflict, challenges, and changes.

Centers and groups continued to emerge on six continents over the years. In 1982 just after AIDS was named, Attitudinal Healing became a part of the support for children, adolescents, and adults living with HIV/AIDS, their families, health care workers, and caregivers. 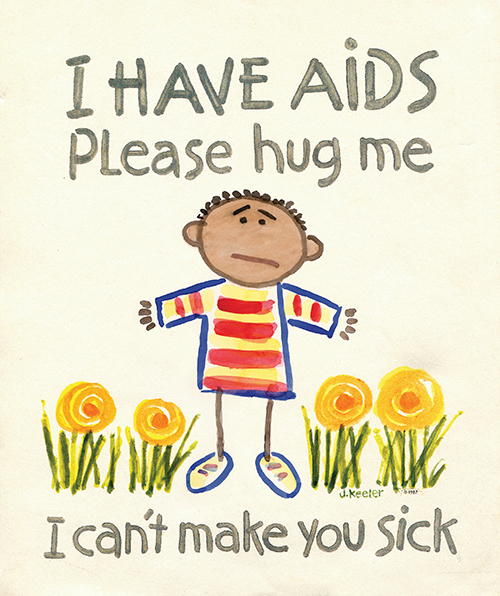 In 1986 Jerry and his now wife, Diane Cirincione, Ph.D. created with artist Jack Keeler the award winning poster of a drawing of a child with outstretched arms saying, “I Have AIDS – Please Hug Me – I Can’t Make You Sick.”

This image became the most effective face for AIDS work globally for the World Health Organization (WHO) who issued it to 142 countries and in 2008 designated it the most effective AIDS education tool in addressing the psychological, social, and emotional needs surrounding the AIDS pandemic. That designation was the 60th Anniversary of WHO and the Attitudinal Healing International's AIDS Poster was officially designated the most effective tool for AIDs education worldwide and became the permanent symbol of WHO's global outreach with AIDS.

In 2019 this award-winning poster was included in an exhibition surrounding the NYC AIDS Memorial featuring “the most compelling and impactful art, graphic design and advertising addressing the AIDS crisis from the mid-1980s through today.” The exhibition features a visual timeline designed to “educate viewers, particularly younger generations, about the caregivers and activists who heroically helped change the trajectory of the AIDS epidemic."

Camp Sunburst for Children with AIDS

Center for Attitudinal Healing intern, Pediatric Nurse Geri DeLaRosa, was asked by Dr. Jampolsky in 1987 to create a program for Children with HIV/AIDS. They were in hiding and were in serious need of social support due to the worsening stigmas around the disease amidst a global pandemic. Geri later became director for the Center’s Children’s programs.

Camp Sunburst, which Geri created, had been a camp for kids with cancer and leukemia. It was a natural given that Camp Sunburst in 1988 become the nation’s first holistically designed summer camp program for Children with HIV/AIDS.

Geri used the Principals of Attitudinal Healing to train her volunteers and guided her staff as to how to work with dying children and loss and grief in those early years. She shares that she is forever grateful that Jerry had a vision and that he believed in her during those times.