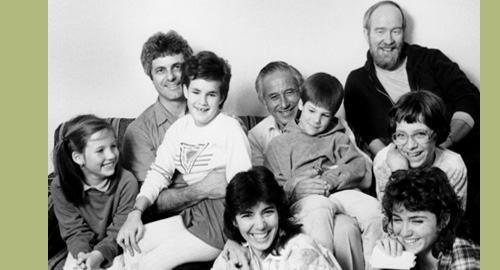 Attitudinal Healing is a widely recognized, award-winning, replicable model for inner healing that has been used successfully for four decades, both locally and in over 60 countries on six continents. It has provided trainings, workshops and support to tens of thousands of adults, adolescents, and children facing life-threatening illness, conflict, challenges, and changes. 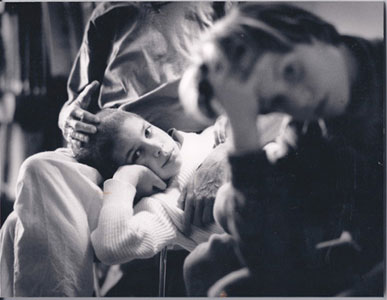 The original Center for Attitudinal Healing (CAH) was founded by Gerald G. Jampolsky, M.D. and friends in 1975 in Tiburon, California, north of San Francisco Bay. Dr. Jampolsky, who prefers to be called ‘Jerry,’ is a child and adult psychiatrist and a graduate of Stanford Medical School. While making Grand Rounds at the University of California Medical Center in San Francisco, he overheard a young boy with leukemia ask the doctor, “What is it like to die?” The doctor changed the subject and asked the child about his bowel movements. Wondering where the child would get his answer, Jerry found that it was with the cleaning lady who was at ease in discussing such a topic. Jerry realized that there needed to be a safe place for kids to be able to honestly discuss their own questions, fears, and thoughts. 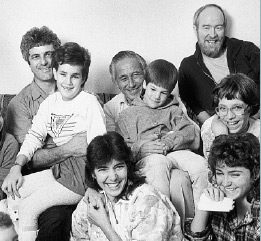 Before the idea of the modern day ‘support group’ was conceived, Jerry started a small group with children who were all facing life threatening illness. Some were recently diagnosed while others were in remission. He thought they might be of help to each other and in the process, help him heal his fear of dying. Thus began the first ‘peer support group.’ Seeing the transformative benefits of using the Principles of Attitudinal Healing within a group, brothers and sisters asked to have a group for siblings as did parents and caregivers. Many groups needing support continued to emerge out of the needs of the community.

In 1978 Jerry stepped aside to let others run the Center to insure that it would succeed without the focus point of one person. At that point and with the emergence of his first book, “Love is Letting Go of Fear” becoming a mega international best seller, others from around the world asked if they too could start a Center for Attitudinal Healing in their area. Each wanted a place locally where people of all ages and circumstances in life could come together for their own internal healing and in the process, help others heal. Centers and Groups continued to emerge on six continents over the years. In 1982 just after AIDS was named, Attitudinal Healing became a part of the support for children, adolescents, and adults living with HIV/AIDS, their families, health care workers, and caregivers. In 1986 Jerry and his wife, Diane Cirincione-Jampolsky, Ph.D. created with artist Jack Keeler the award winning poster of a drawing of a child with outstretched arms saying, “I Have AIDS – Please Hug Me – I Can’t Make You Sick.” This image became the most effective face for AIDS work globally for the World Health Organization (WHO) who issued it to 142 countries and in 2008 designated it the ‘most effective AIDS education tool in addressing the psychological, social, and emotional needs surrounding the AIDS pandemic. 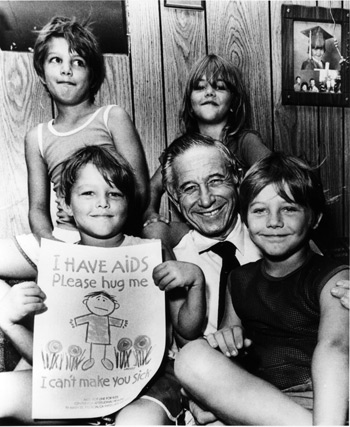 The John E. Fetzer Foundation in Kalamazoo, Michigan continues to be a great support to Attitudinal Healing in helping to fund the international conferences as well as the Jampolsky Awards for exemplary Attitudinal Healing program’s that are cost effective and cross-culturally replicable. These conferences traditionally occur every two to three years in different locations.

Direct service support groups are free and trainings are always at minimal cost with scholarships available if needed. Attitudinal Healing International is supported through grants and donations. 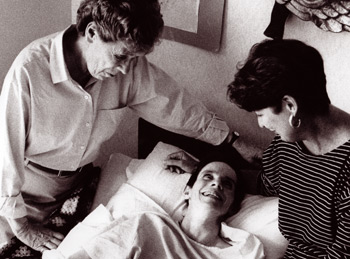 At the heart of Attitudinal Healing is the belief in the extraordinary ability of ordinary people to be of help to one another, and the idea that we have the power to choose our attitude in any given moment, regardless of circumstances. It is the realization that, ultimately, it is neither circumstances nor people in the past that are causing us to be upset in the moment. Rather, it is our own thoughts, attitudes, and judgments about those things that cause us the distress. Attitudinal Healing is about healing our own minds and hearts to have harmony and integrity in all that we think, say, and do - active ingredients for resolving conflict and bringing about peace of mind. Health is defined as inner peace and Healing is the letting go of fear. 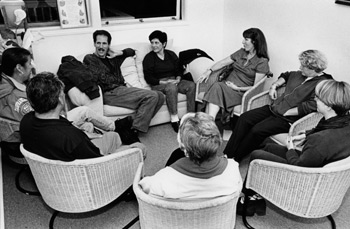 Attitudinal Healing is applied in many forms and contexts, highlighted in the Innovations section, and include Education, Health, Business, Institutions, and Community. Commonly used is the peer support group model pioneered and developed based on The Twelve Principles of Attitudinal Healing for a variety of needs. It remains the core source of support and mentorship around the world for those who have wished to start an independent Center for Attitudinal Healing (CAH) to meet the culturally appropriate needs of their own community. Centers or Groups are now located in numerous countries on six continents including Russia, India, Japan, New Zealand, Australia, England, the Netherlands, Ghana West Africa, Brazil, Mexico, and Canada to name a diversified few.

Each CAH determines the variety of support services they want to make available to meet the individual needs of their community. For example, Mexico Cecura which has a CAH in most states in Mexico, has a support group at the Guadalajara CAH just for women who have husbands that have been murdered. In Monterrey, Mexico, they work with the government, the schools, and incarcerated youth. The Moscow, Russia CAH trains Social Workers for the government to use AH in their services. In Ghana West Africa AH has been used for education and land disputes. In the Netherlands the CAH now has about 60 locations for groups around the country. In Pune, India the CAH has worked with businesses as well as incarcerated women. The Sao Paolo, Brazil CAH has worked with AIDS, the police department, and persons in business, etc.

Today, Attitudinal Healing International continues to welcome individuals and groups from around the world to participate in and contribute to the growth of our global community.